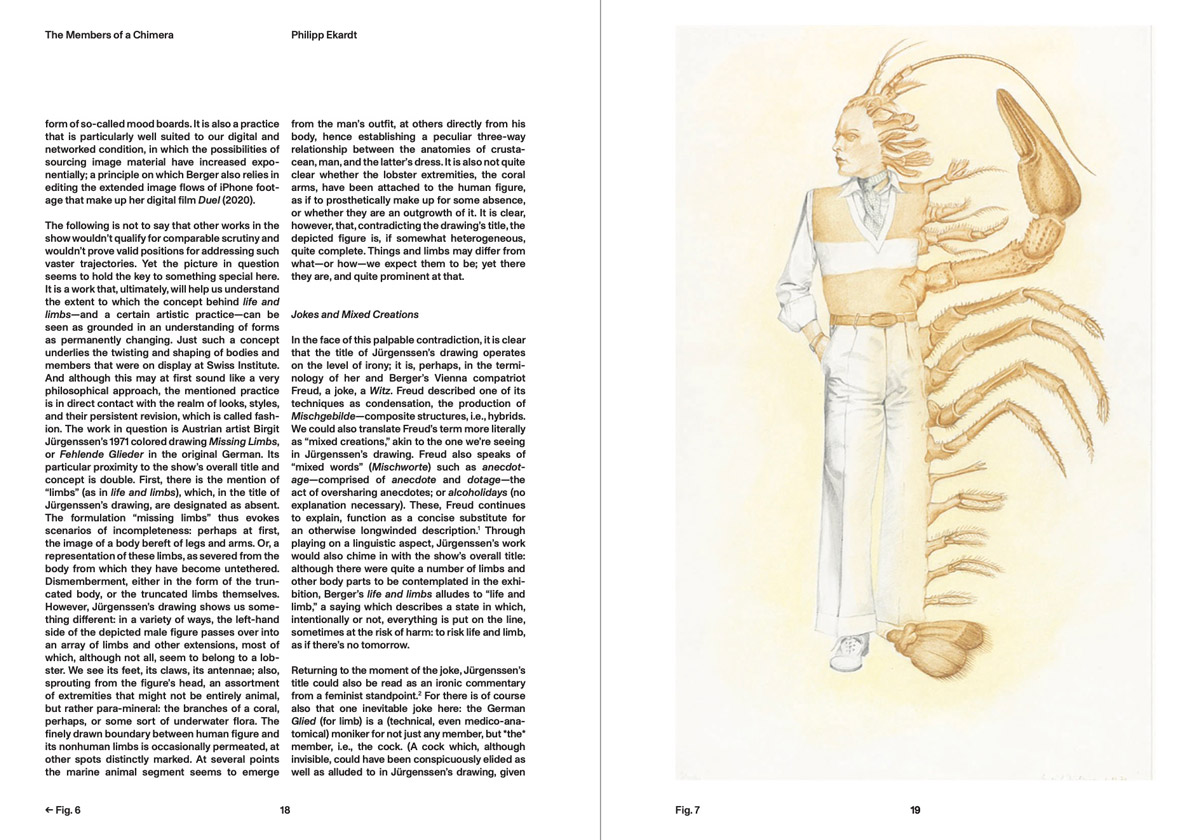 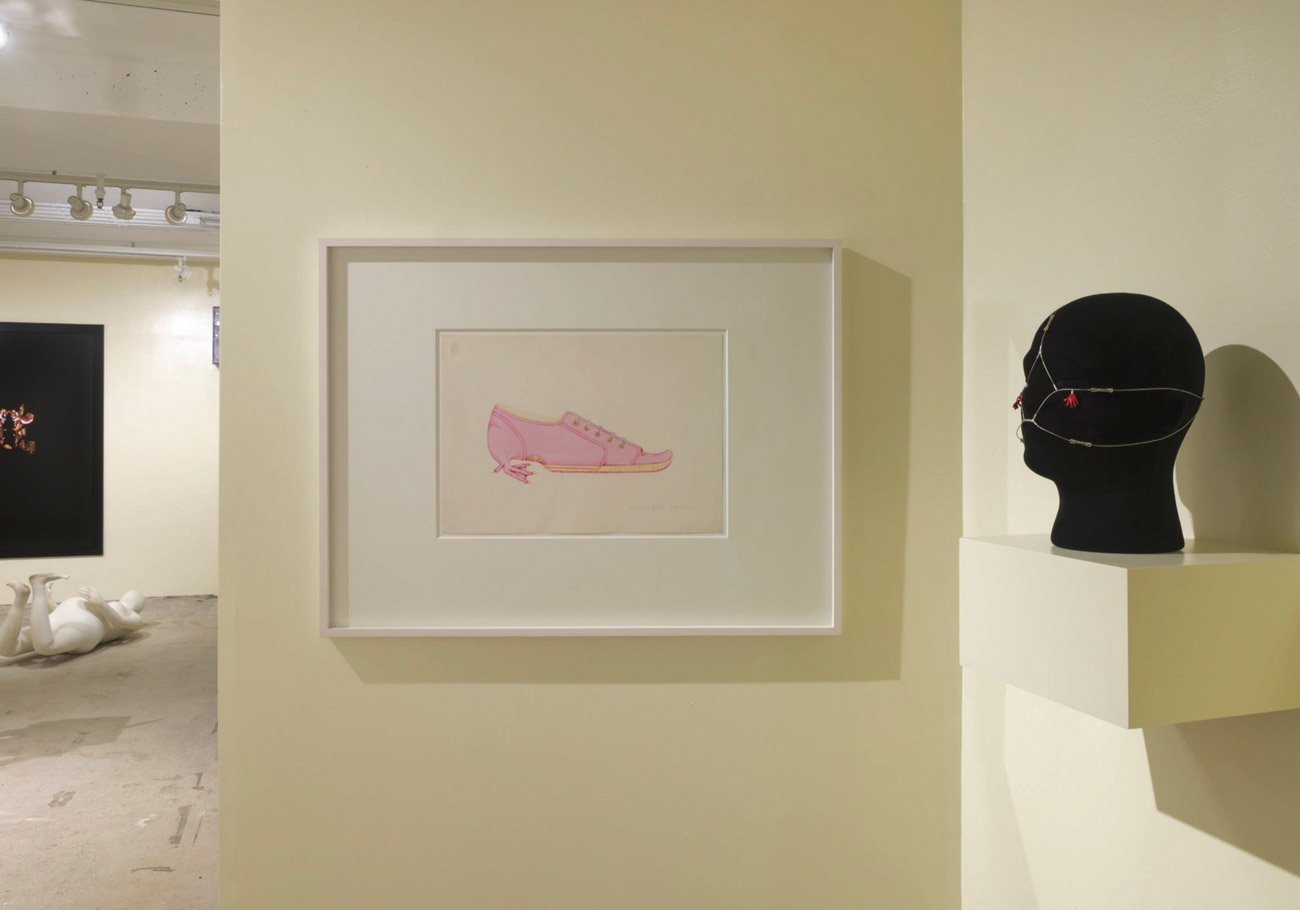 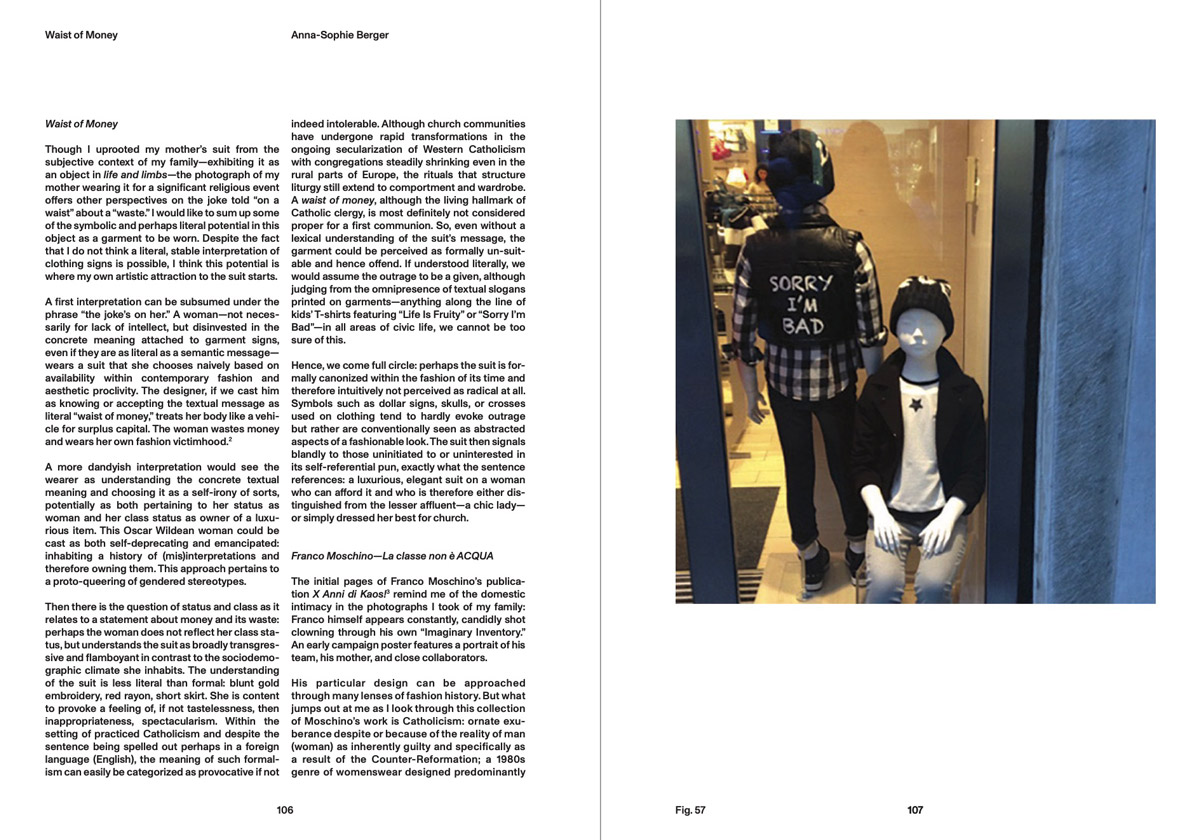 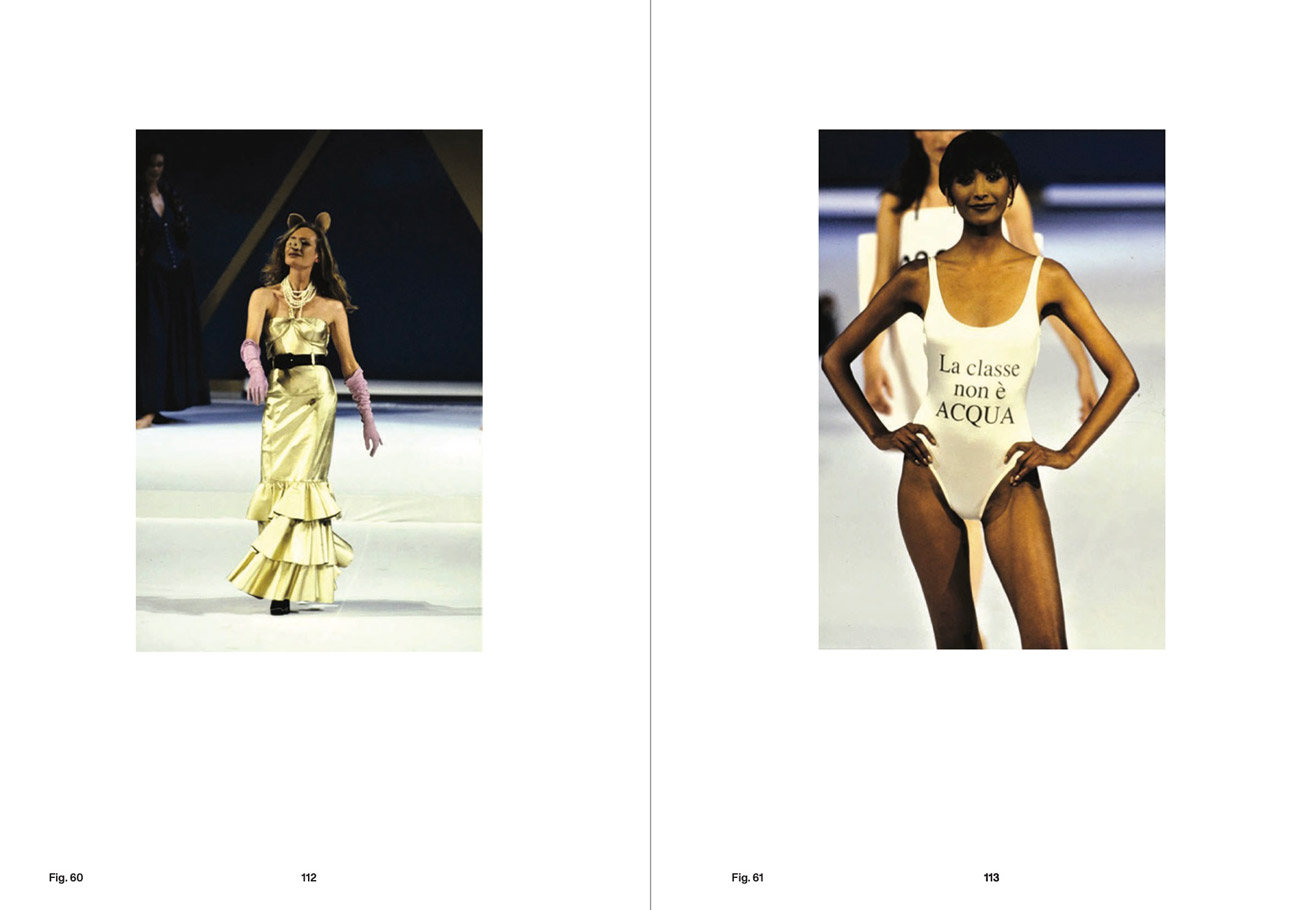 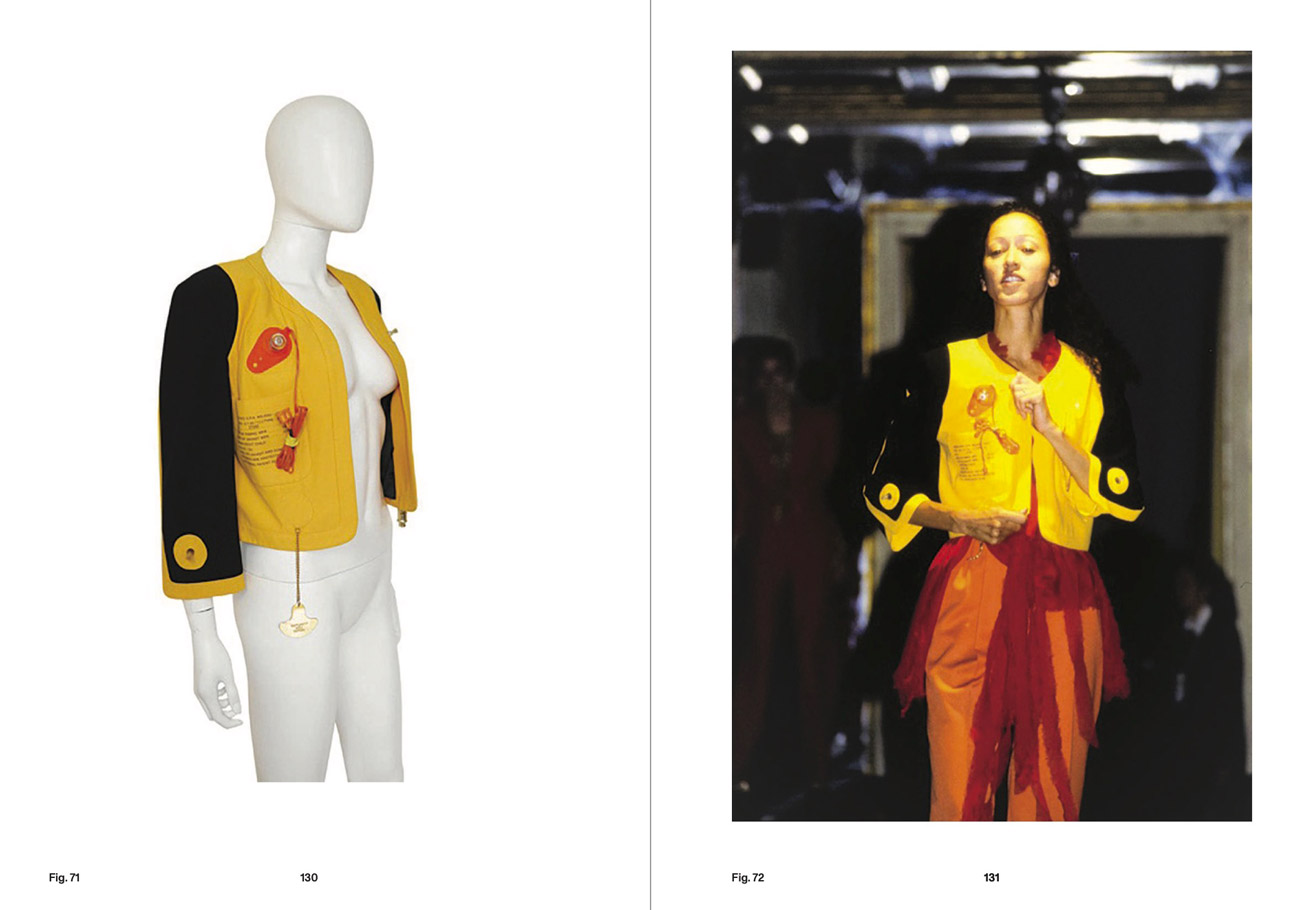 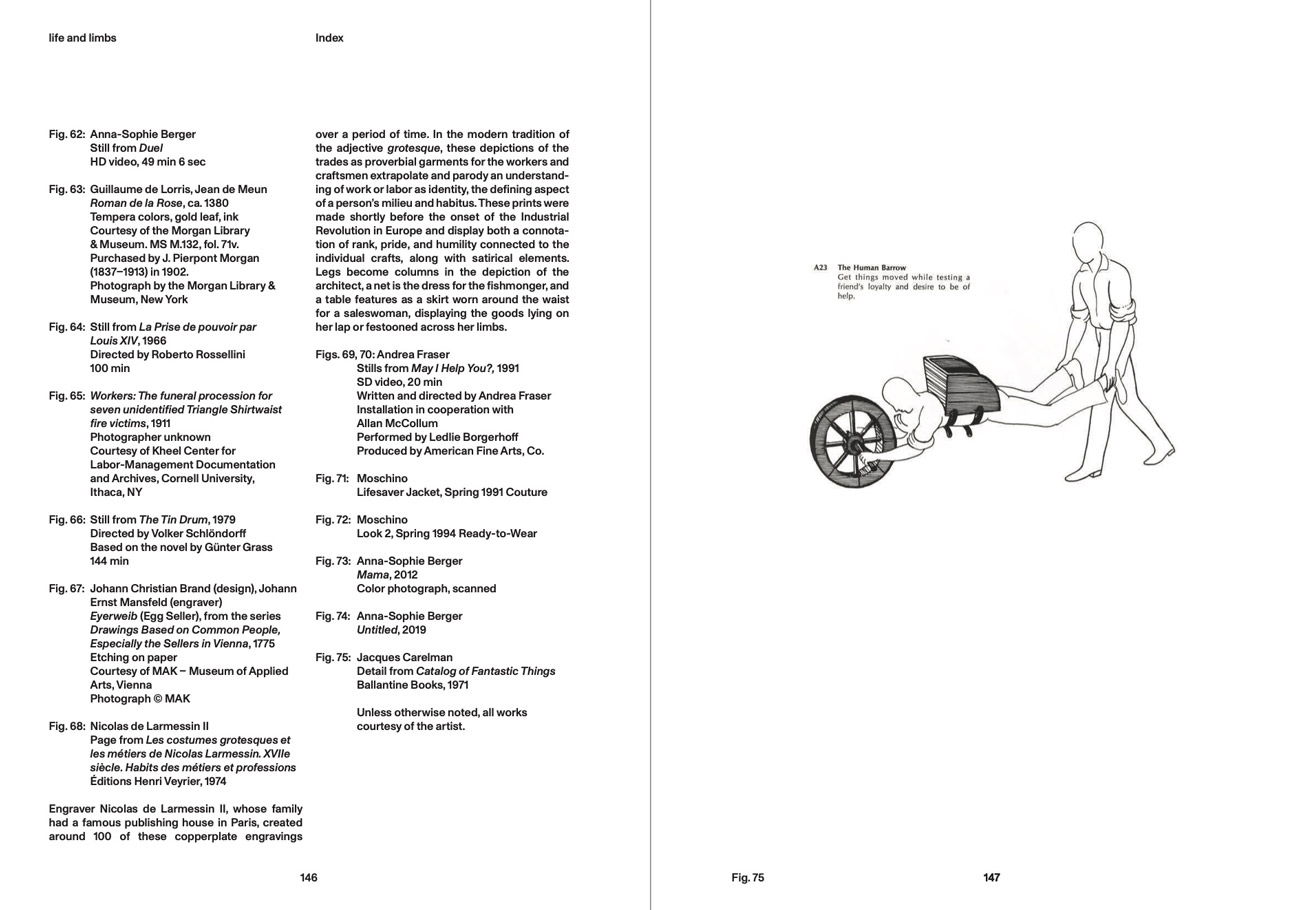 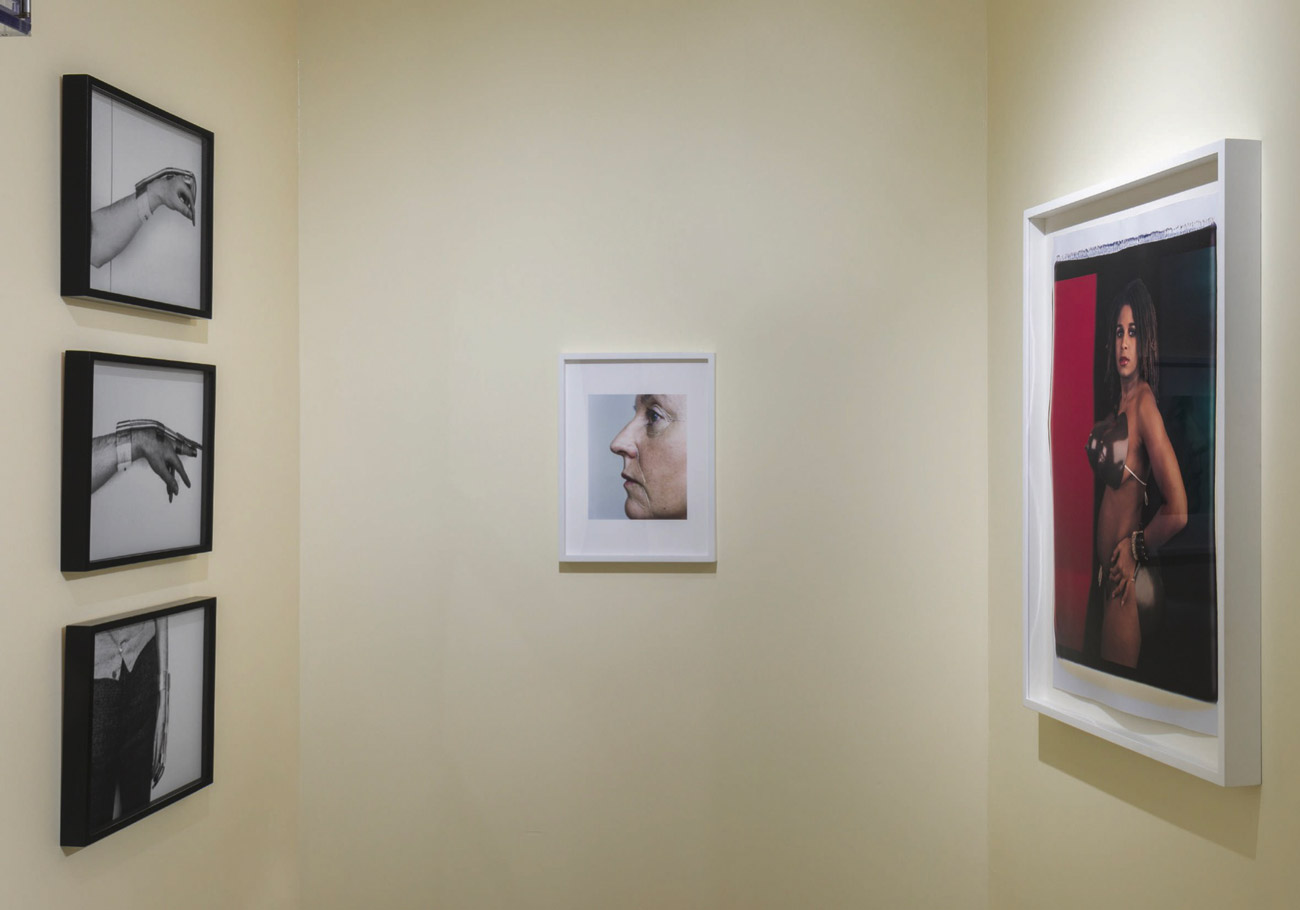 The gallery becomes a mouth. It has four pointy teeth and is an aged, even sickly, shade of off-white. The teeth are walls, and on them hang artworks Anna-Sophie Berger selected for the exhibition life and limbs, Swiss Institute’s fourth installment of its Architecture and Design Series. Berger’s premise for the show considered the body an experimental testing ground for design, a living site that is both vulnerable and resilient. As the title implies, life and limbs exists in a world where the human body, unadorned, is at risk and often confronts threat with dark and knowing humor but also with grace. Across these works, which draw from speculative architectures, Surrealism, late twentieth-century fashion design, and Viennese Actionism, among many other subsects of modern visual culture, Berger’s singular understanding of corporeal awareness unfolds. In the clutches of this jaw, bodies find ways to disappear, though some stretch, reach, and metamorphosize in attempts to escape themselves. This book is a means to further explore Berger’s thesis. Three remarkable essays, by Annie Godfrey Larmon, Philipp Ekardt and Berger herself, ponder the works that populate this wunderkammer and question design’s transformative potential.