Back
€ 13 Add to cart Listen
An introduction to the collection of little poems
Close
Diego Marcon Oh mio cagnetto, 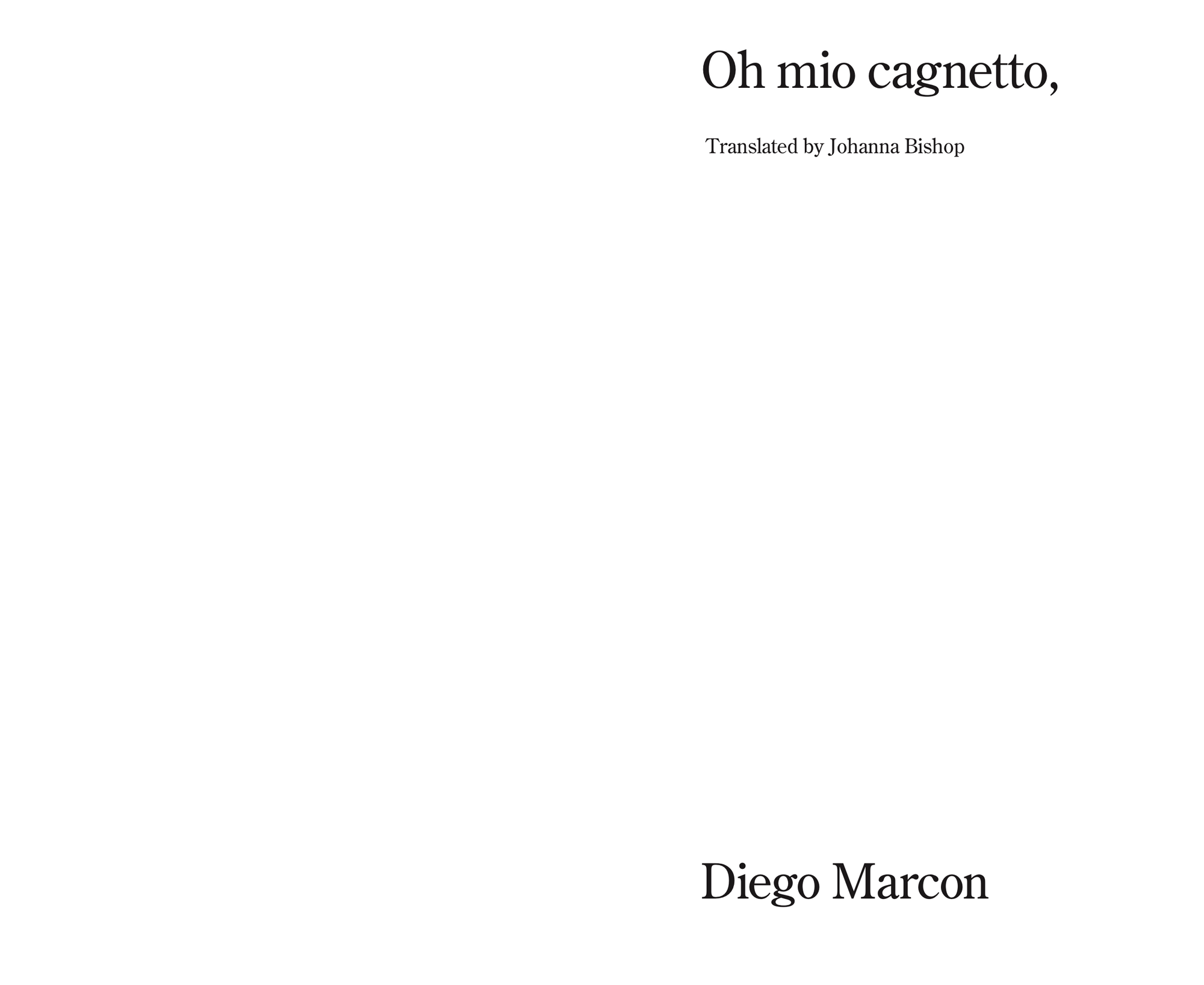 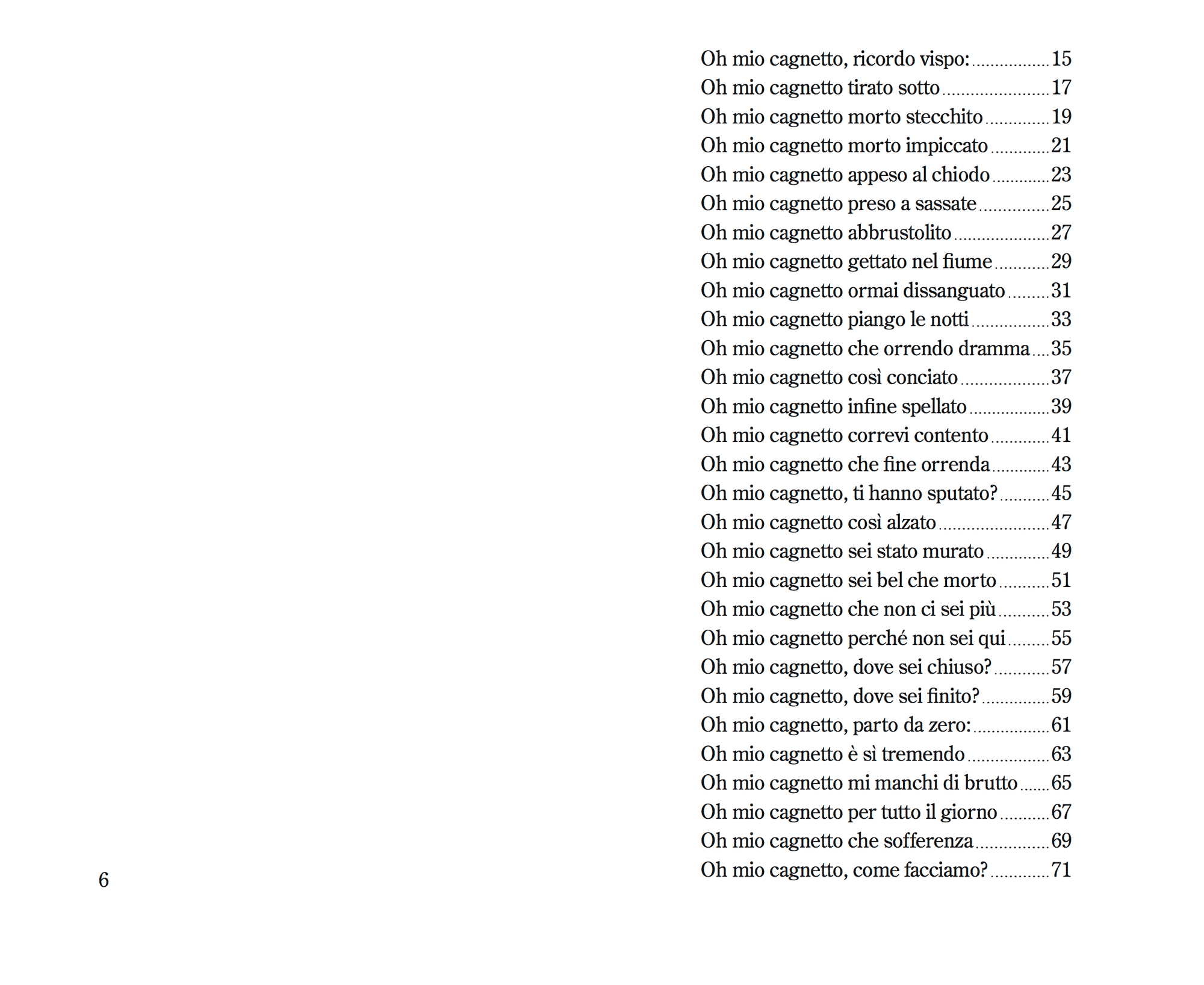 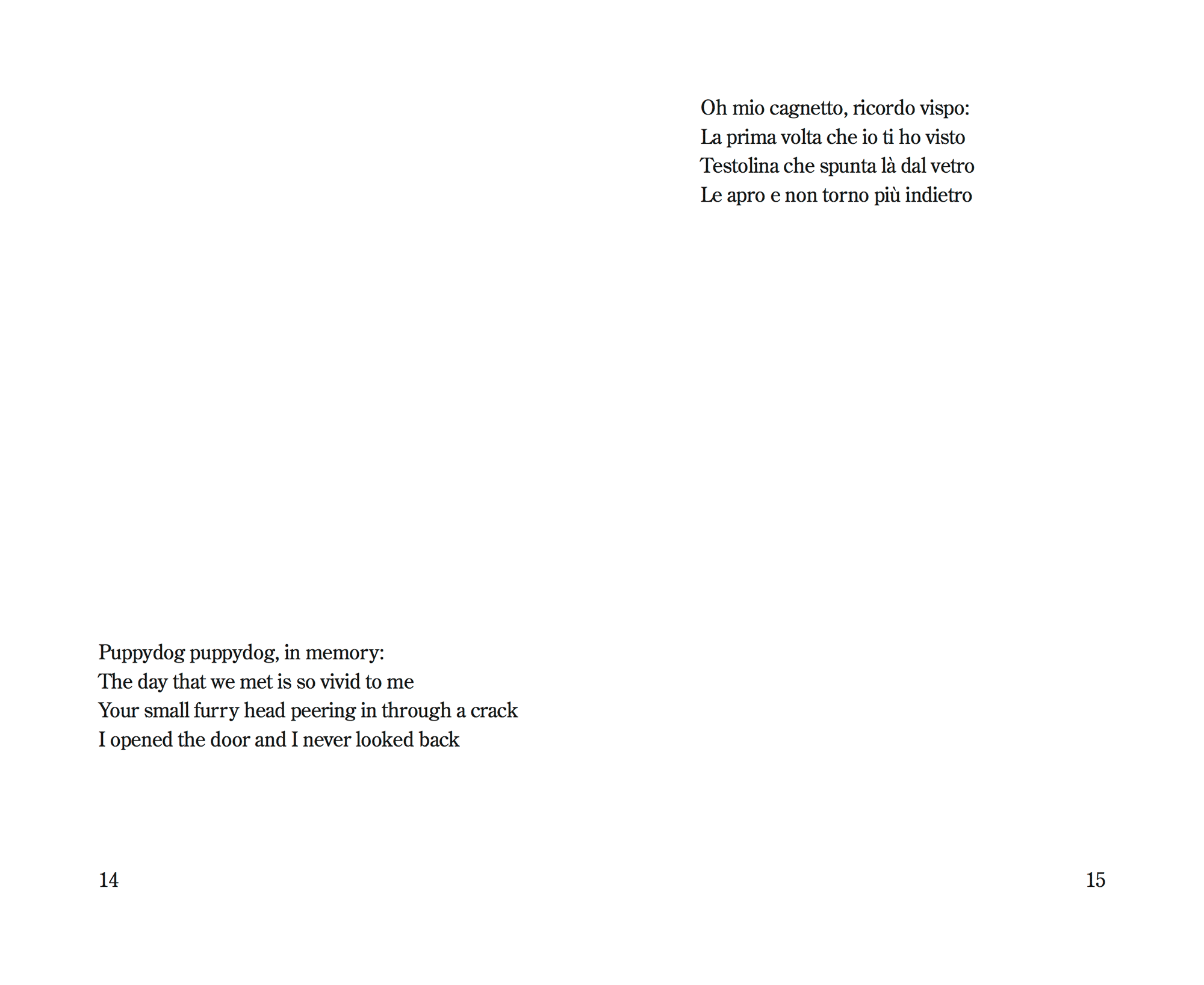 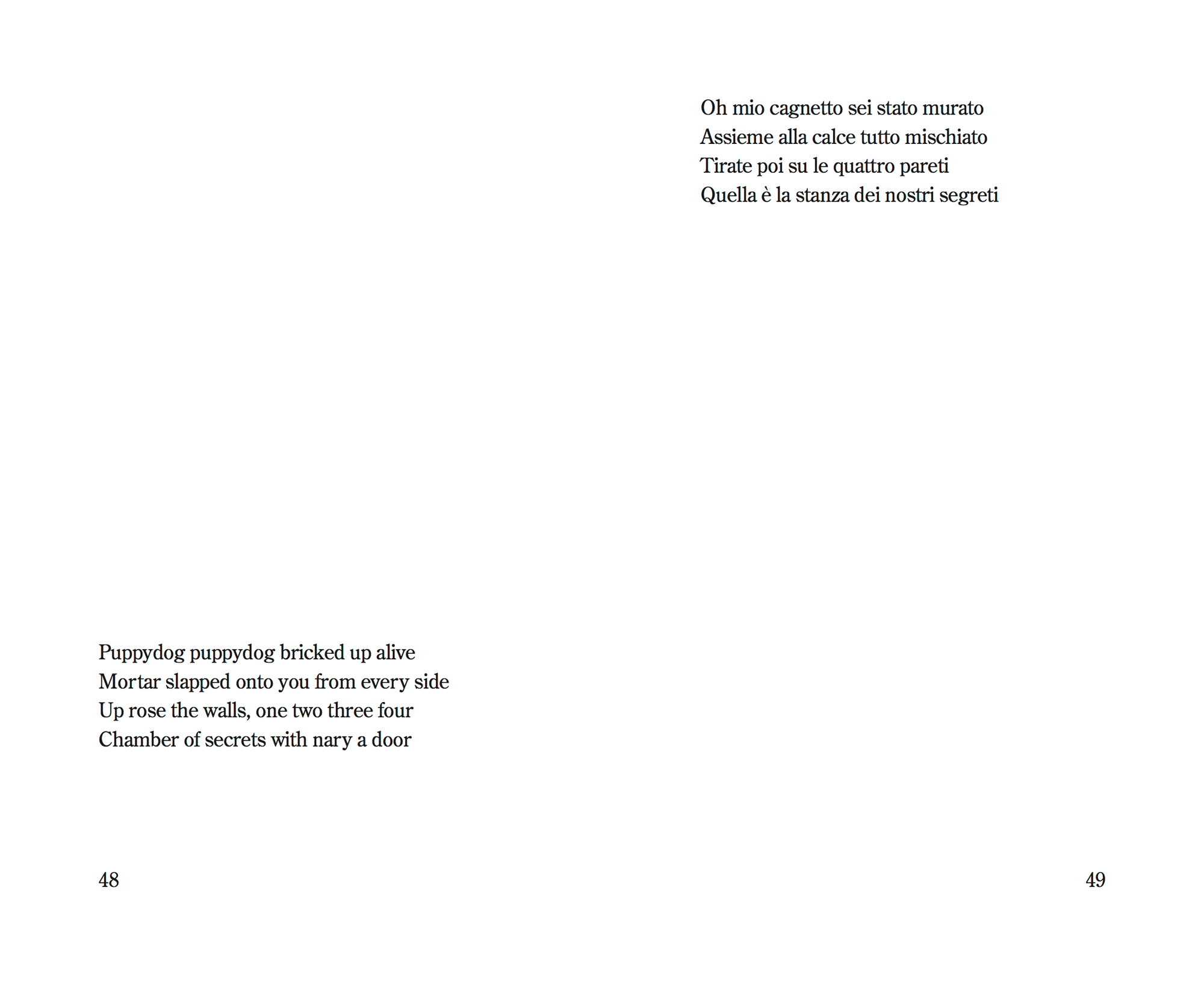 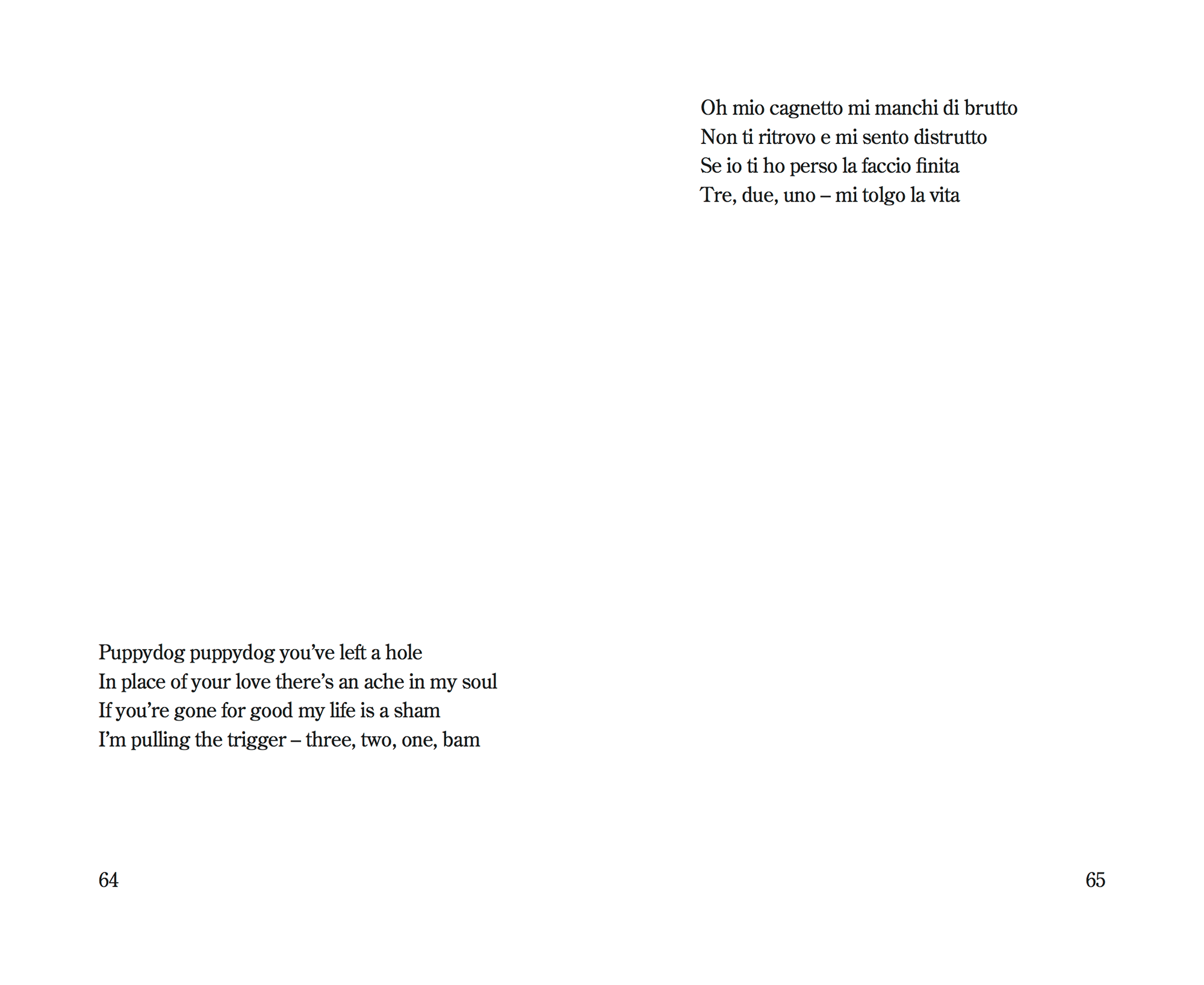 Oh mio cagnetto, is the artist’s first book of writings, conceived as an artwork. It is a collection of 81 little poems that revolve around the missed and mourned figure of a puppy.

These short nursery rhymes all open with the same words and employ the same structure: two rhymed couplets in traditional meter. A seemingly naïve, childish voice speaks of violence, death and grief, yet never slips into pure plaintive lament. Balancing pathos with humor, the poems turn the puppy into a figure that evokes a broader sense of loss.

Oh mio cagnetto, was written between 2018 and 2020 and is now in the collection of MACRO in Rome. It intentionally plays on the ambiguity of its nature, as both a book distributed in conventional ways and an art object that belongs to a museum.

Produced by MACRO – Museum of Contemporary Art of Rome for Museum for Preventive Imagination.