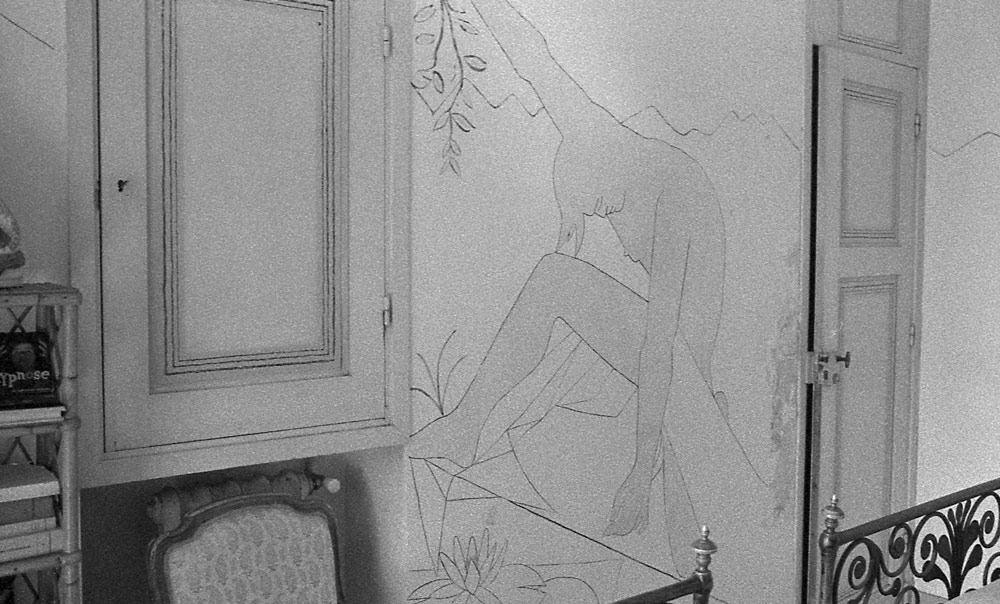 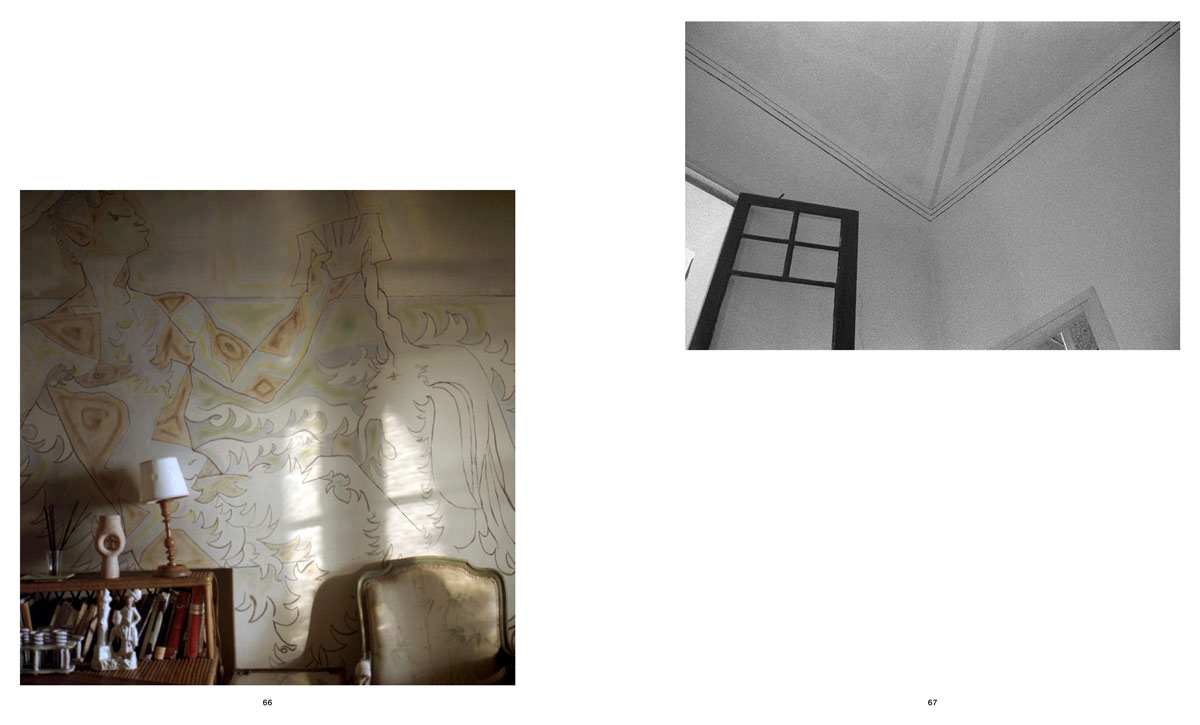 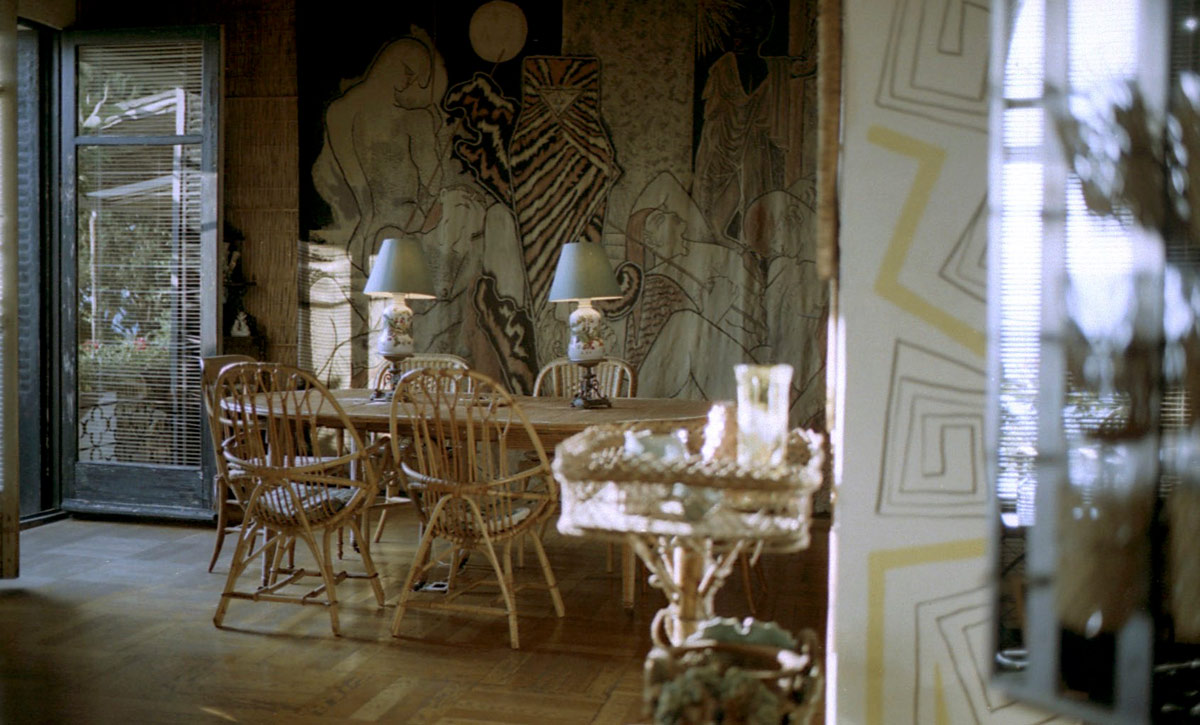 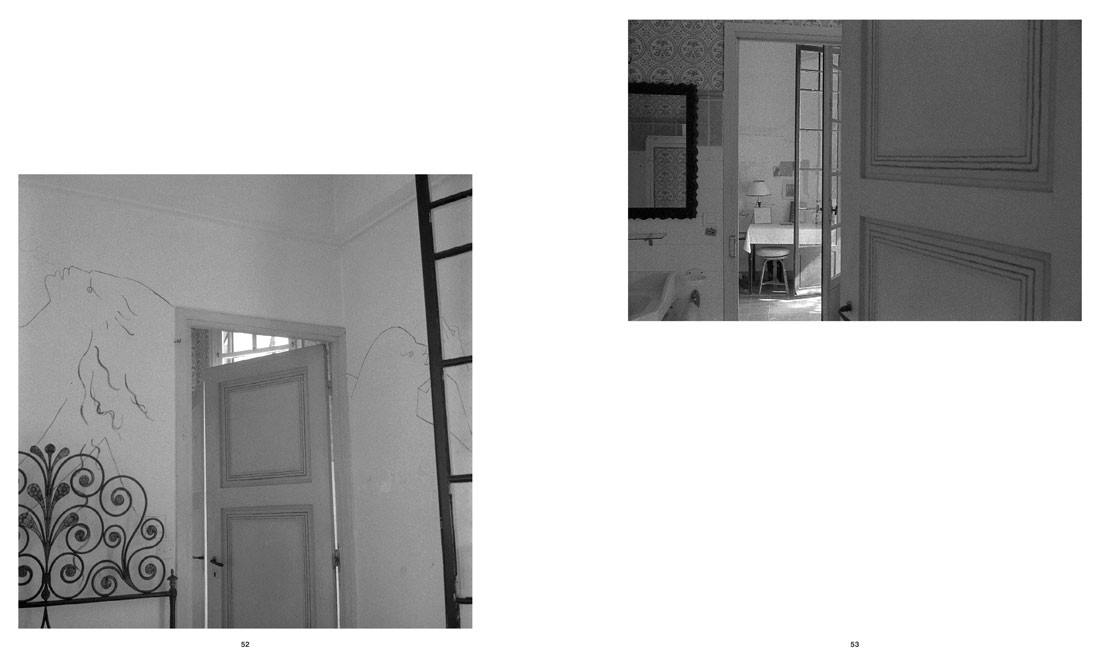 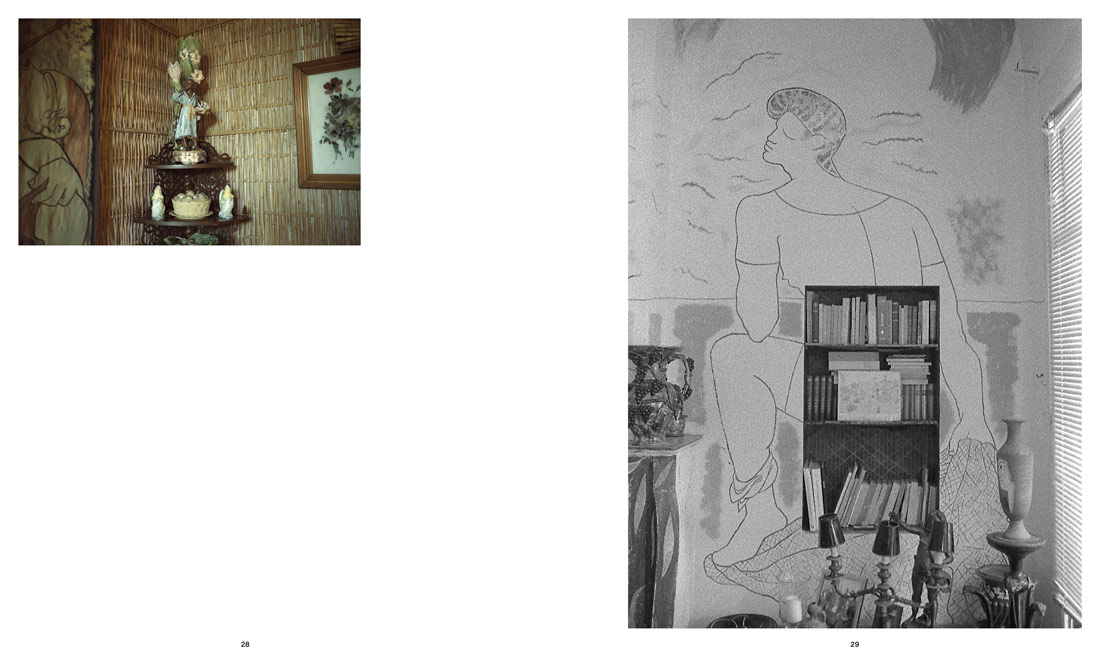 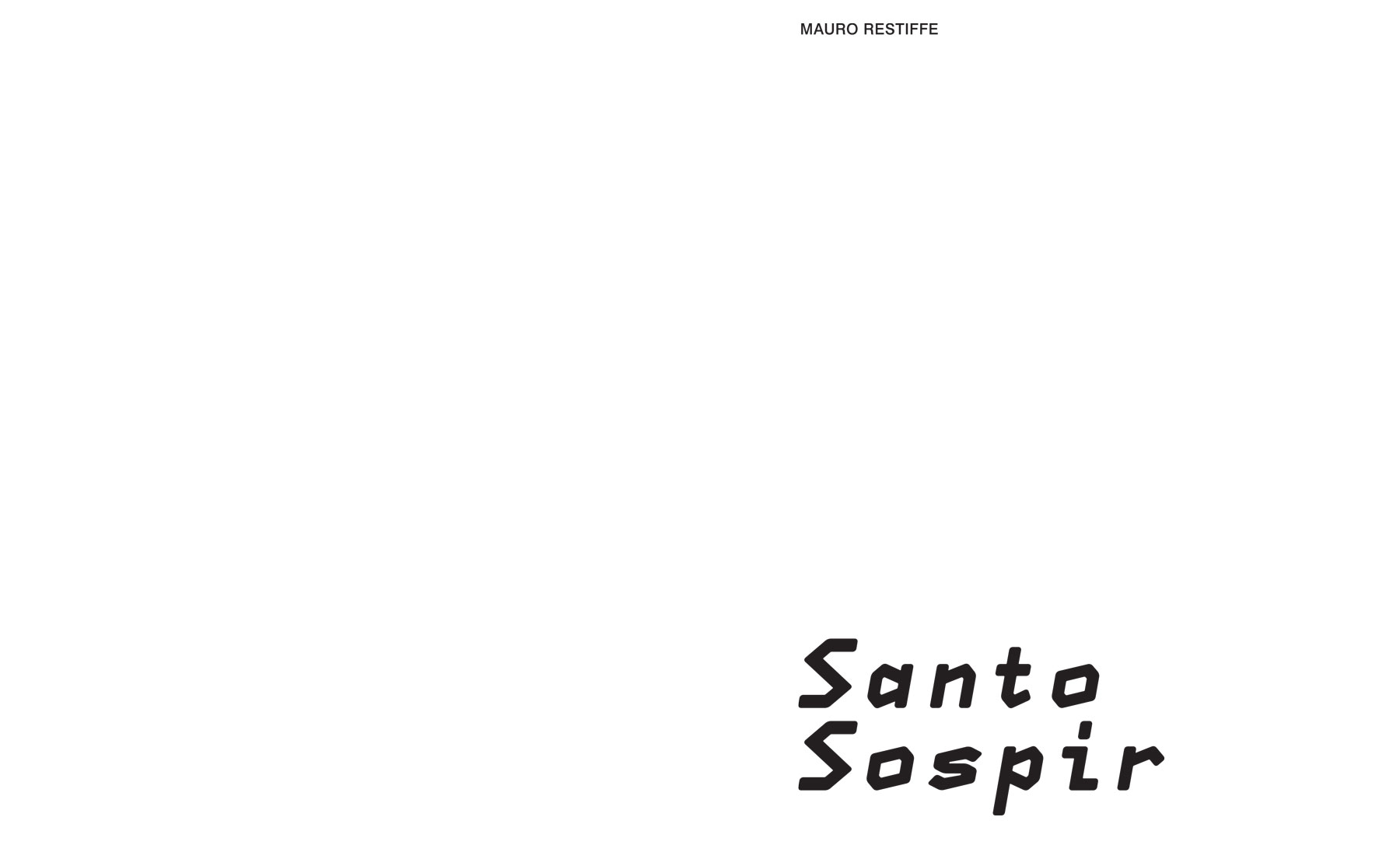 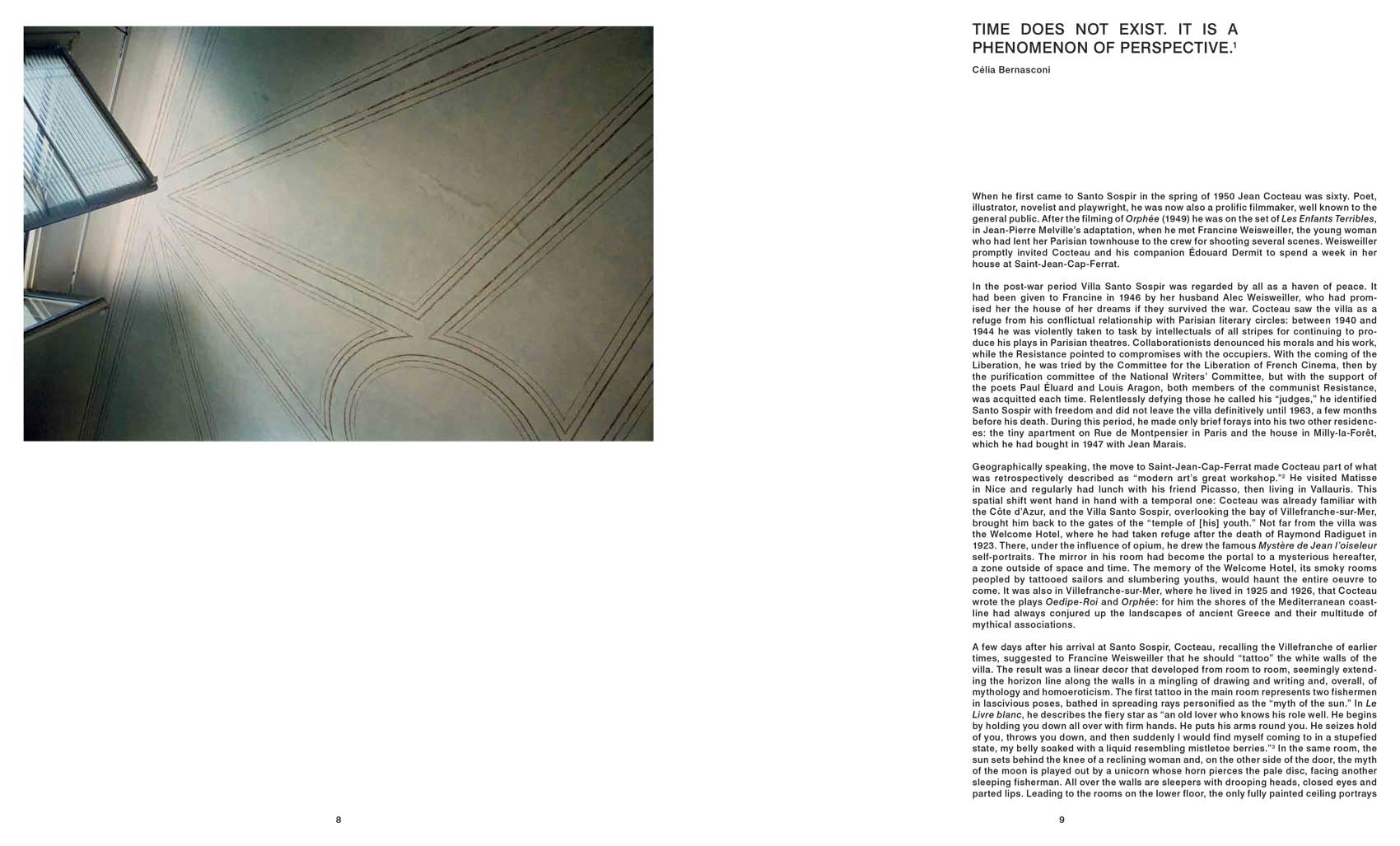 The Villa Santo Sospir in Saint-Jean Cap-Ferrat is in no way a Gesamtkunstwerk, and stands out in particular from the now-mythical realizations by Eileen Gray and Le Corbusier at Cap-Martin, just a stone’s throw away. Far from a manifesto, Cocteau invests a pre-existing and rather unremarkable architecture, then conceives his intervention in the villa through a process of accumulation, mixing souvenirs and objects belonging to Francine Weisweiller or himself with the furniture of their friend Madeleine Castaing. Inspired by Greek mythology and the Mediterranean landscapes that surrounded the Villa, this late pictorial work, resolutely anti-modern, has long been ignored or vilified by historians.

While Cocteau’s entire literary, theatrical and cinematographic work deals with the representation of self, it always takes place in a particular setting. The interiors imagined by Cocteau provide accurate portraits of their occupants. In the 1950s, Jean Cocteau split his time between Paris, Milly la Forêt, and Saint-Jean Cap-Ferrat. It is at Santo Sospir that most of his TV interviews were made. It is above all the only house he filmed in his last two cinematographic opuses: La Villa Santo Sospir (filmée et commentée par Jean Cocteau) and Le Testament d’Orphée (Ne me demandez pas pourquoi). Santo Sospir can thus be viewed from the angle of a movie set, which allows him to introduce the world to the other Jean Cocteau—the Mediterranean poet, the craftsman.

Architecture, and Modernism in particular, has always been a source of inspiration for Brazilian photographer Mauro Restiffe. In his photographs, Restiffe has been exploring how every side of the built environment is imbued with life, all the more so in the unobserved details and even when no one is framed. In 2018, at the beginning of a multi-year restoration, he was invited to reside at the villa.

Mauro Restiffe (Brazilian, 1970) lives and works in São Paulo. Since the late 1980s, Restiffe has used analog photography as the sole support for his artistic production. While he usually works in black and white, his practice encompasses diverse interests and investigations, referencing photography itself, but also painting, cinema, and literature. From moments captured in his personal life to landscapes, from political events to the interior of modernist buildings, the physical and material aspects of photography come into play. A characteristic graininess endows his Restiffe’s images with an ambiguous temporality between past and present.

Célia Bernasconi is the Chief Curator of the Nouveau Musée National de Monaco (New National Museum of Monaco). Prior, she was curator at the Musée Jean Cocteau, Menton, France.