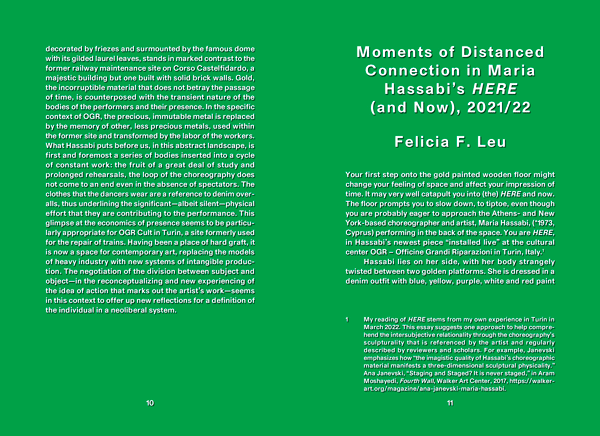 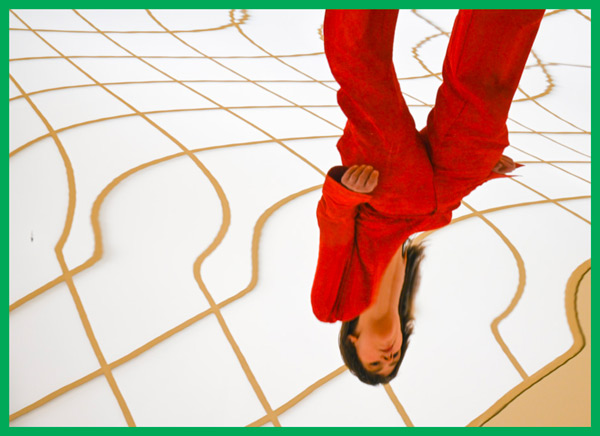 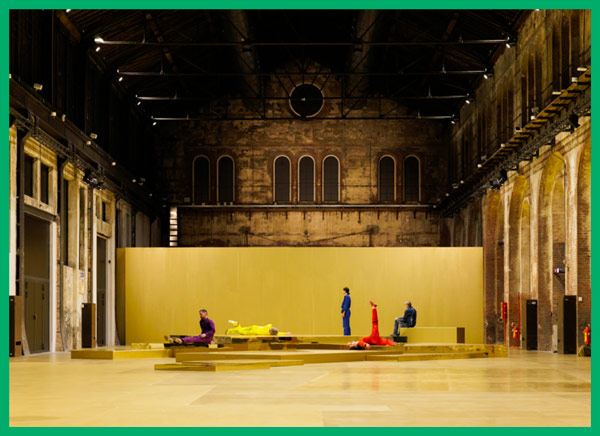 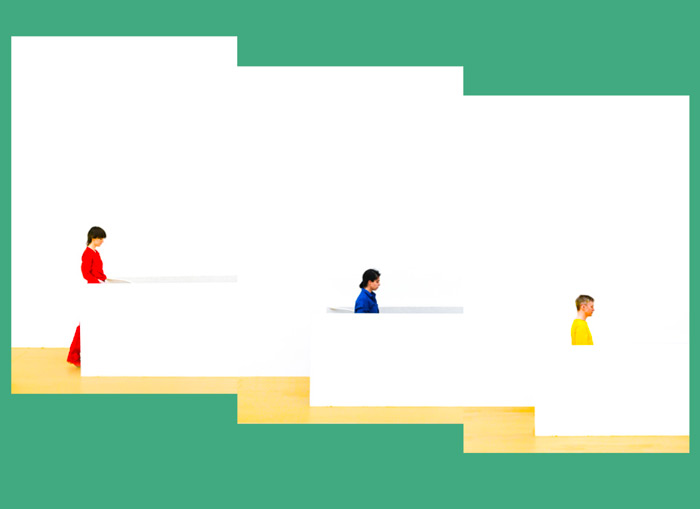 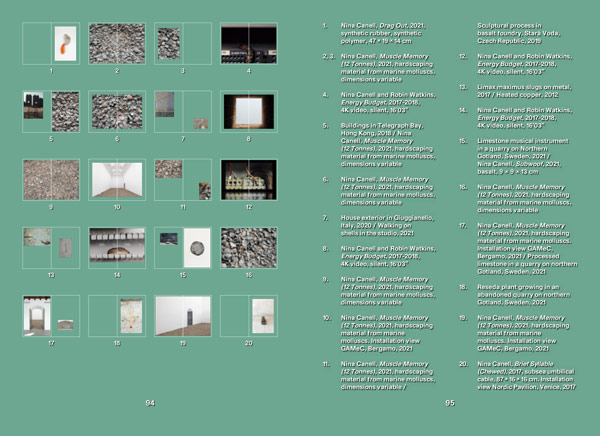 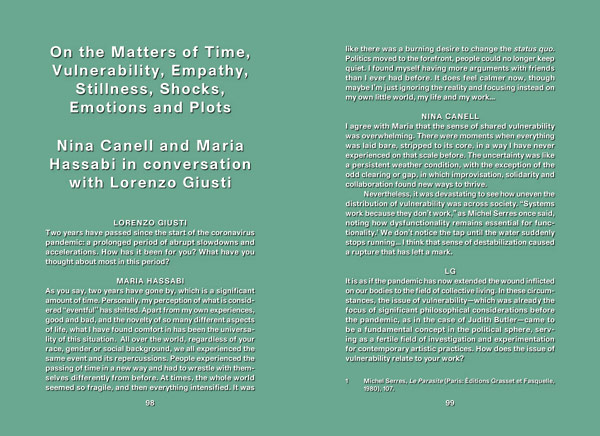 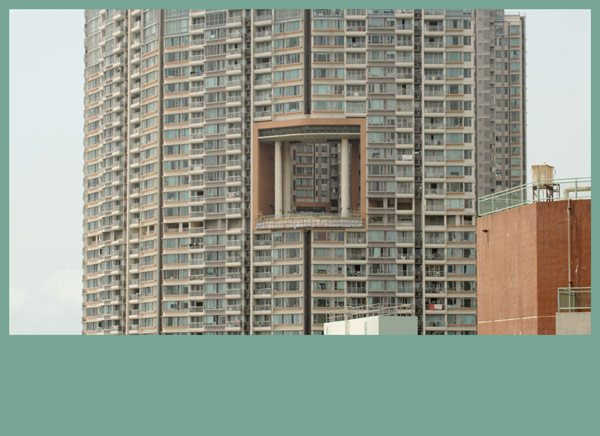 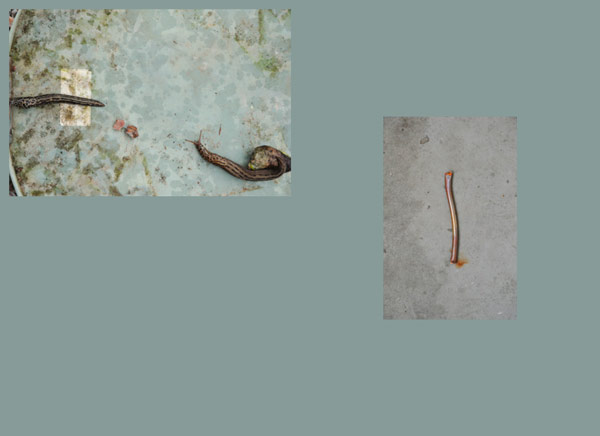 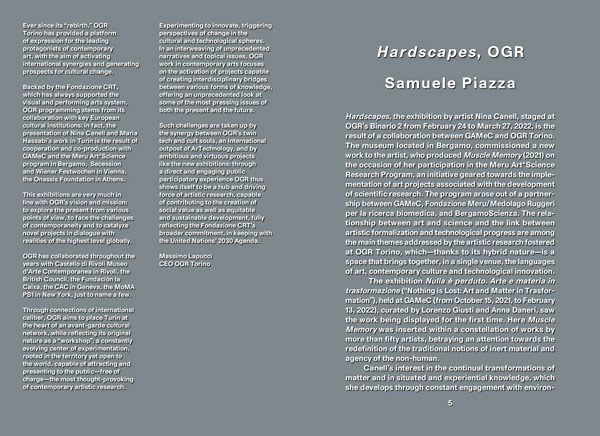 Hardscapes / HERE documents and brings together two exhibition projects by artists Nina Canell (Växjö, 1979) and Maria Hassabi (Cyprus, 1973). Produced on the occasion of the exhibitions of the same name curated by Samuele Piazza at the OGR Torino, the publication consists of two graphically specular books that merge into a single volume. Essays, unpublished materials and a rich set of photographic materials form the driving force behind two visual narratives that offer new keys to understanding the research of the two artists.
Hassabi’s live installation HERE calls on visitors to share space and spend time with six performers portrayed in a decelerated rhythmic choreography within a sculptural environment. In constant motion, the dancers contribute to a situation of shifting presence, demonstrating the contestable nature of the “here and now.” Immobility and slowing down are thus used both as techniques and as subjects of representation: the performing bodies oscillate between dance and sculpture, subject and object, living body and static image.
Canell’s Hardscapes combines two works that focus on the concepts of circulation and transformation as well as on unexpected forms of coexistence. Energy Budget (2017–18), a video that alternates between two subjects: a basement in which a leopard snail crawls over an electrical panel, and the gradual shifting of the frame away from “dragon gates”—portal-like openings in huge buildings on the Hong Kong waterfront. Muscle Memory (16 Tonnes) (2020–21) is a floor sculpture, decomposed and transformed by the density of moving bodies, which literally crumbles under the soles of passing visitors.
In addition to texts by the curator, the publication includes essays by Felicia Leu and Laura Preston, along with a conversation by Maria Hassabi and Nina Canell with Lorenzo Giusti.