In his own highly personal theory on passions, Diego Marcon explores and reinvents archetypes taken from movie genres such as horror, slapstick comedy, musicals, and cartoons, creating characters and settings with undertones of the uncanny, the tender, and the ruthless. This book deals with the artist’s practice through the analysis of three film and video works: Monelle (2017), Ludwig (2018), and The Parents’ Room (2021) are his most recent and complex projects, and while they do not constitute a trilogy, they are all emblematic of central aspects of his practice. 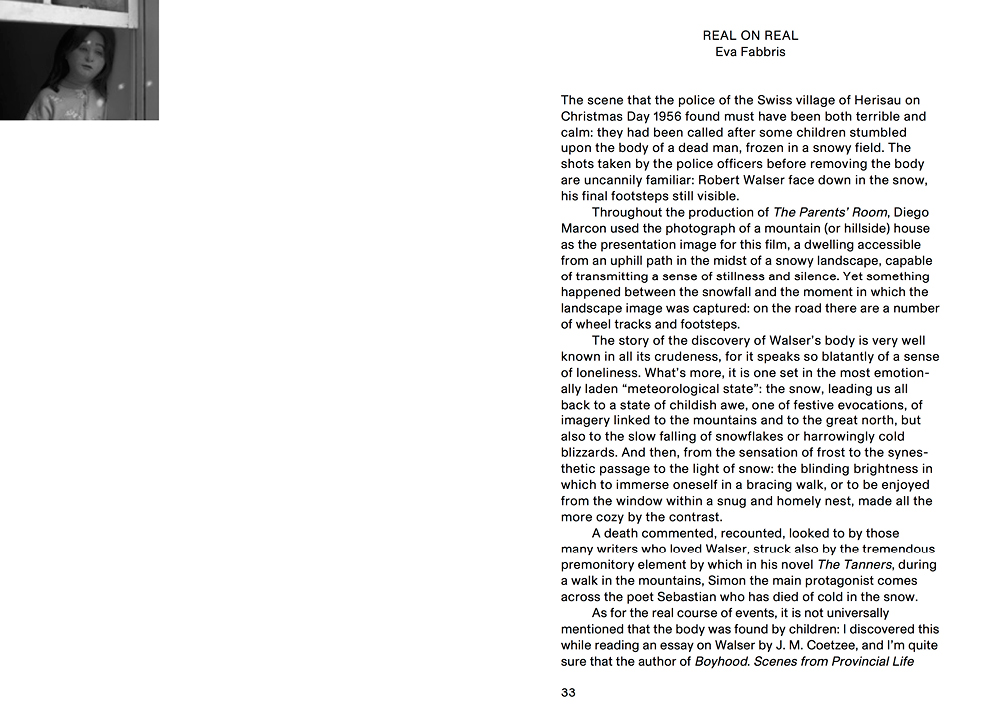 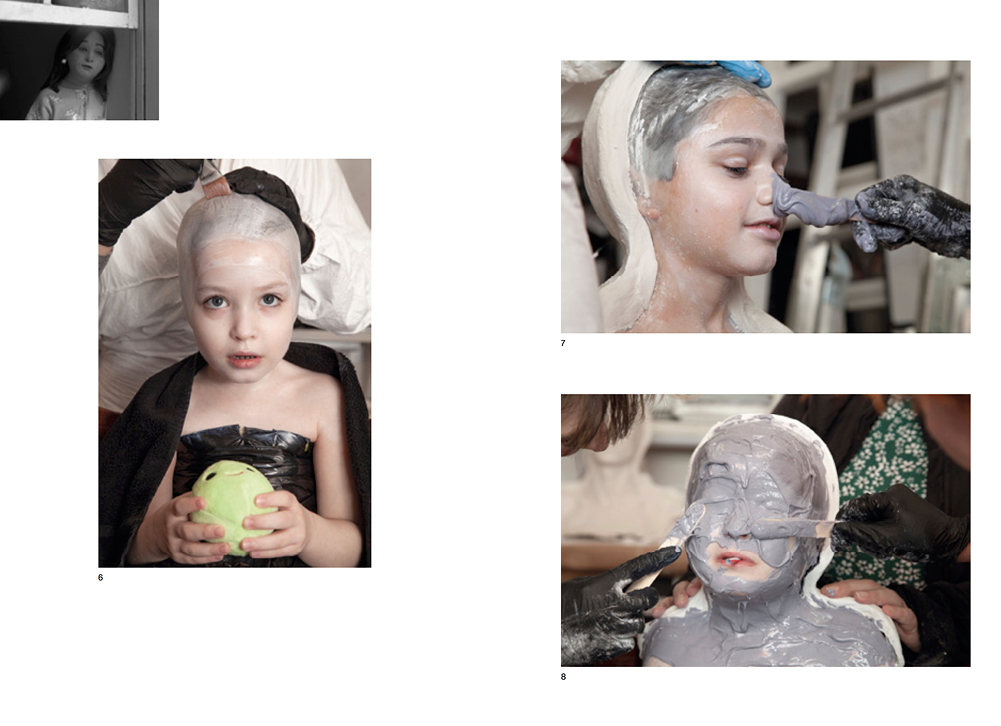 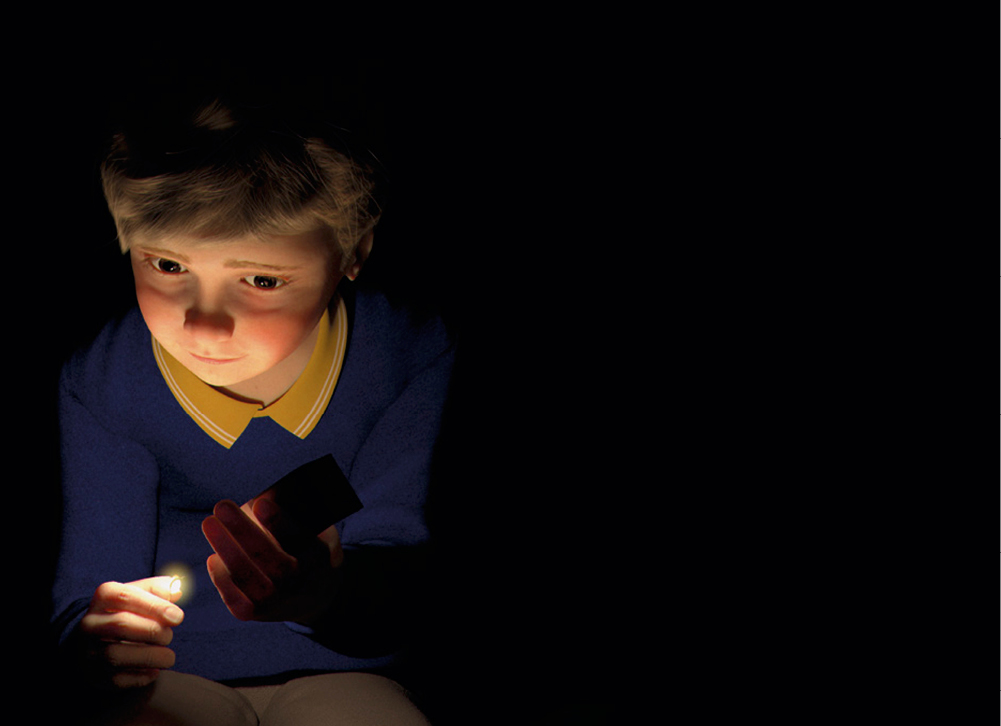 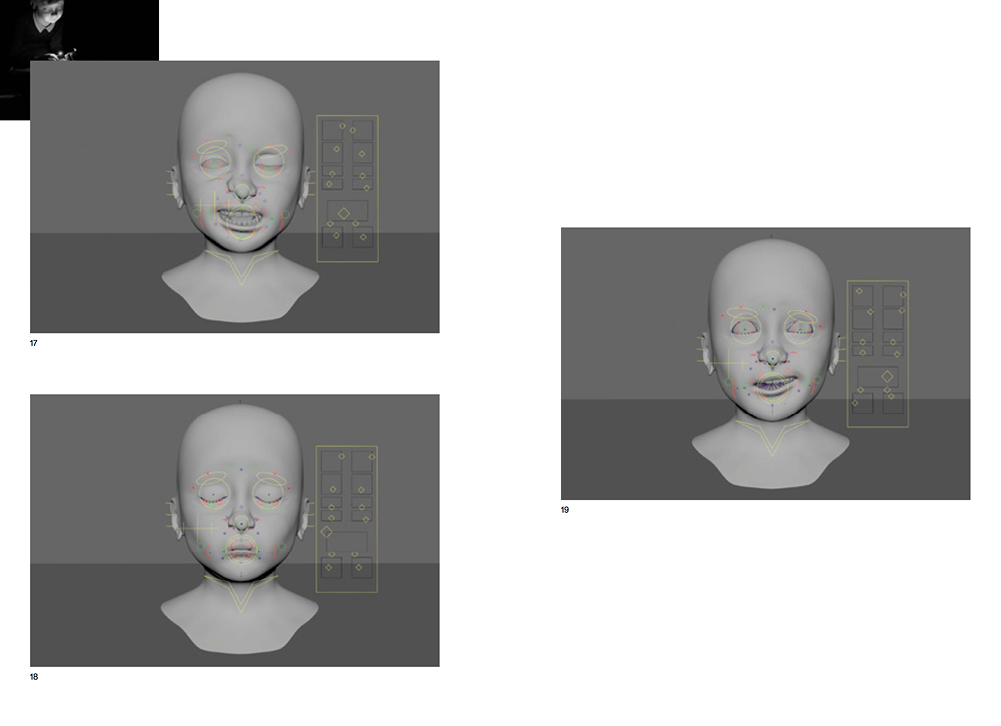 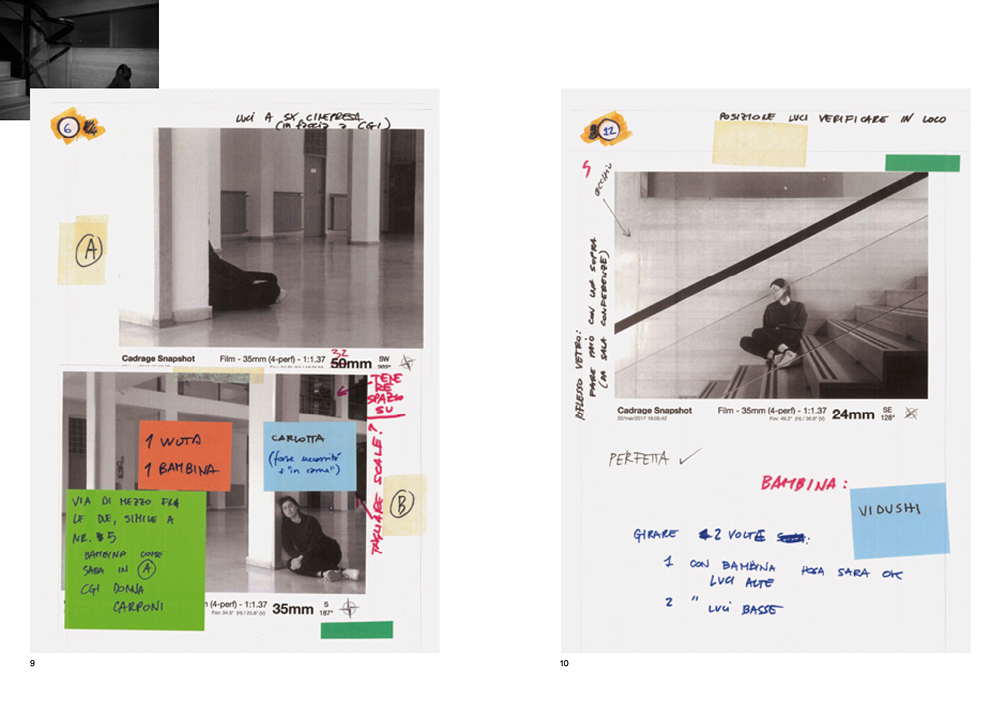 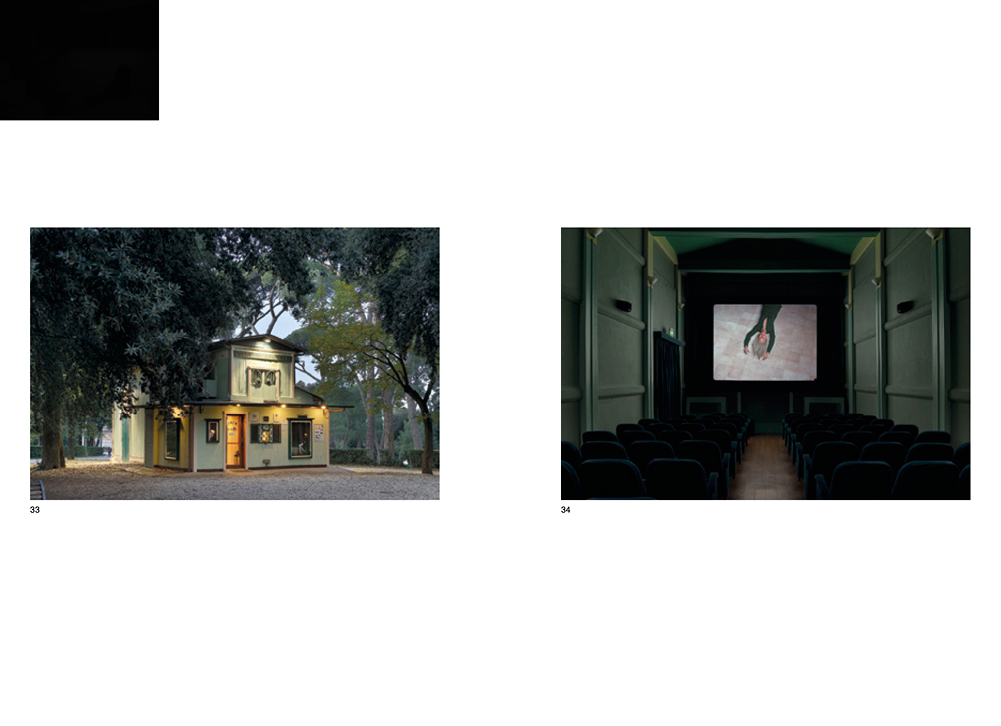 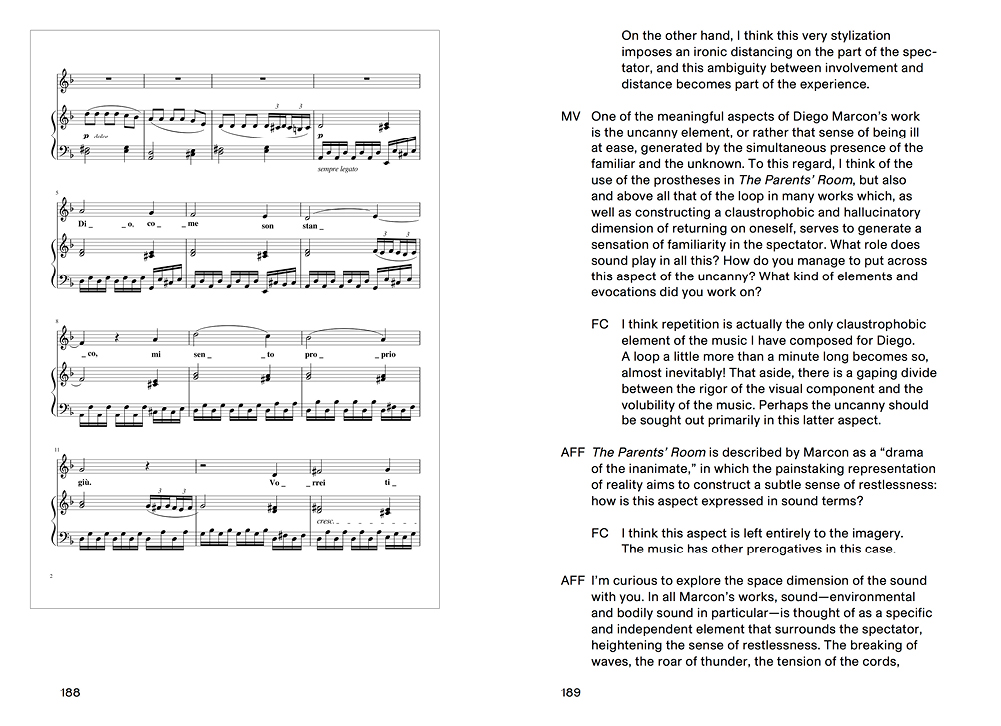 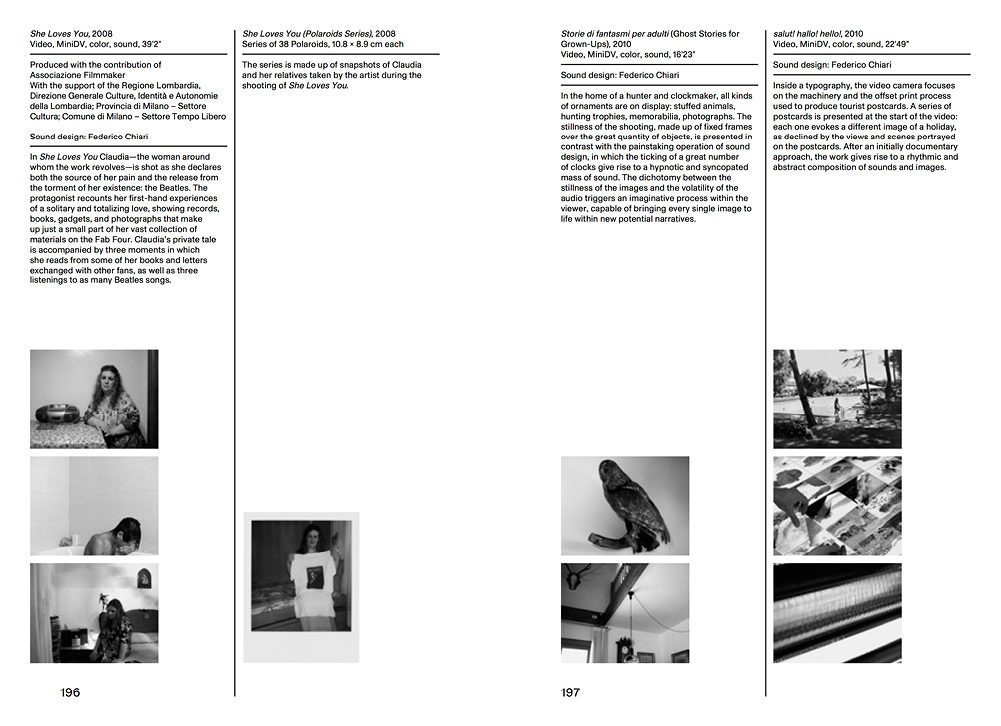 Marcon opens a path through various filmmaking techniques, ranging from the experimentation of structuralist cinema to the use of special effects and CGI. The human condition is reflected with a dry sense of pathos, expressed in particular by his attention to childhood as a moment in which purity and wickedness go hand in hand in the human being, spawning a potential metaphor endowed with profoundly ambiguous sentiments and experiences. Lastly, the sound dimension takes on a structural role, dictating the emotional timbre of each of these works.

However, each project remains a universe unto itself, and so each work is examined in a critical text by Yann Chateigné, Eva Fabbris, and Andréa Picard. The publication is illustrated in great detail with film frames and video stills, installation views, and images depicting the various working processes. The contents also feature an interview with Federico Chiari, sound designer and composer of the music scores, a “Damn Letter,” and a complete index of all Marcon’s works.

The book has been conceived and developed in tandem with The Parents’ Room, Diego Marcon’s latest film. The project is promoted by INCURVA, in partnership with Museo Madre - Fondazione Donnaregina per le arti contemporanee and supported by the Directorate-General for Contemporary Creativity by the Italian Ministry of Culture under the Italian Council program (2019).

Eva Fabbris is Exhibition Curator at Fondazione Prada, and also active as an independent curator and art historian. She has curated exhibitions at Fondazione Pomodoro in Milan, Nouveau Musée National de Monaco, Triennale di Milano, Fondazione Morra in Naples. As a writer, she is a contributor for international exhibition catalogs, publications, and magazines.